Police say a certain batch of synthetic marijuana is to blame for sending 76 people to the hospital. The synthetic drug, often called “spice” and other names, is typically made up of a plant material sprayed with chemicals or other substances.

Fort Wayne’s NBC previously reported on a similar incident in May when over a dozen people in Indianapolis were treated after overdosing on “spice”. 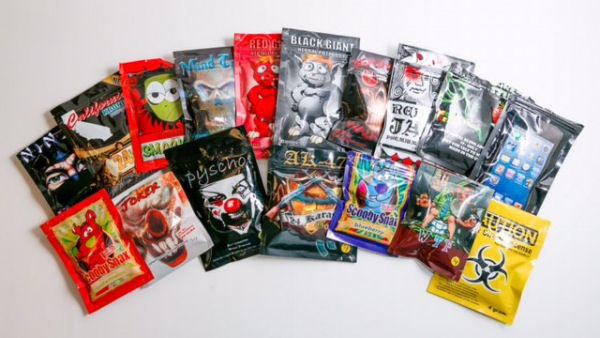 On Thursday, Aug. 16, police swarmed a park near Yale University to search nearby homes for drugs to prevent more overdoses from the “spice” batch.

Police said over 70 poeple overdosed at New Haven Green park on Aug. 15, and about 17 became ill on Aug. 16. However, police aren’t sure whether or not the overdoses and illnesses from the two days are linked to the same batch of “K2” synthetic marijuana.

Authorities described a chaotic scene where people were dropping to the ground unconscious, others vomiting and some becoming lethargic, according to the Associated Press.

Some of the victims tested positive for the powerful opioid fentanyl, but police believe many of the overdoses were caused solely by synthetic marijuana.

The Indiana Department of Public Health said synthetic cannabinoids like “spice” are man-made, mind-altering chemicals that are sprayed on to dried plant material that can be smoked or sold as liquids to be vaporized in e-cigarettes. They have brand names such as K2, Spice, Black Mamba, Bombay Blue, Genie, and Zohai, but may be packaged under other brand names as well.

Police say one of the three people arrested in connection with the overdoses apparently gave K2 away for free in an effort to get people hooked. They have not yet released the name of the suspects.